Welcome to the third installment of our blog series: How We Worklet.

Let’s briefly revisit just what a Worklet is and how you can use them within Automox.

Recap: What’s a Worklet and how is it used?

Automox Worklets™️ are super helpful automation tools. Worklets hand over the reins so you can automate any scriptable action on macOS, Linux, and Windows devices. What soul-crushing, manual task vexes you most? Script it and eliminate it.

When you write or use existing Worklets, you give your organization a shot at reaching its full automation potential. The best part is that Worklets help you do away with time-consuming manual tasks and help with compliance efforts.

Leverage Worklets to remediate zero-day or unpatched vulnerabilities. Or use them to configure your devices, disconnect unauthorized applications, roll back patches, etc.

To learn more about what a Worklet is and how it works, jump over to the Automox Community.

Today’s Winning Worklet… is not a Worklet!

But it is a super helpful Worklet-related solution called Worklets On Demand. Here to chat with you about his Worklets On Demand is David van Heerden.

David is the Automox IT Operations Manager. He’s focused on process definition, automation, and helping business partners leverage technology to get more done. In his spare time, he’s an aspiring movie buff, a below-average video gamer, and a struggling drummer missing a band.

David’s background is in scaling businesses in the hospitality and real estate development industry.

Why did you build this solution? What problem does it solve?

Some of the most common tickets for the helpdesk center on modifying adapter settings, configurations of local apps, gathering of data, or simply restarting an application or service (like print spooler!).

Solutions for these tickets range from end-users following instructions they might not be technical enough to follow, to an Admin logging into the device via a remote desktop session. Both things are time-consuming, but… they’re completely automatable with Automox!

What tasks does Worklets On Demand accomplish?

How long did it take to build Worklets On Demand?

It was a little tricky to figure out. We were investigating the capabilities of various ticketing systems and their respective integrations with Automox.

Once we tested the capabilities of the Automox App in Freshservice, we found some gaps.

We dug into our API documentation and found some endpoints that are WAY underutilized!

This discovery drew some excitement to the possibilities and we’re excited to share this capability with the community!

How does Worklets On Demand work?

Worklets On Demand is the triggering of Worklets by an end user, helpdesk agent, or system, without requiring manual input to the Automox console. It’s powered by Automox’s API, your ticket system, or integration tool of choice.

We are using Freshservice’s service request and workflow module. Freshservice merges the customer and asset records together with API webhooks. This API endpoint and use-case can be built out in many different tech stacks.

Our Freshservice instance has an inventory synchronized with Automox using the Automox App integration.

Utilizing Freshservices Service Request module, we present our users with the various Worklets they are permitted to run. 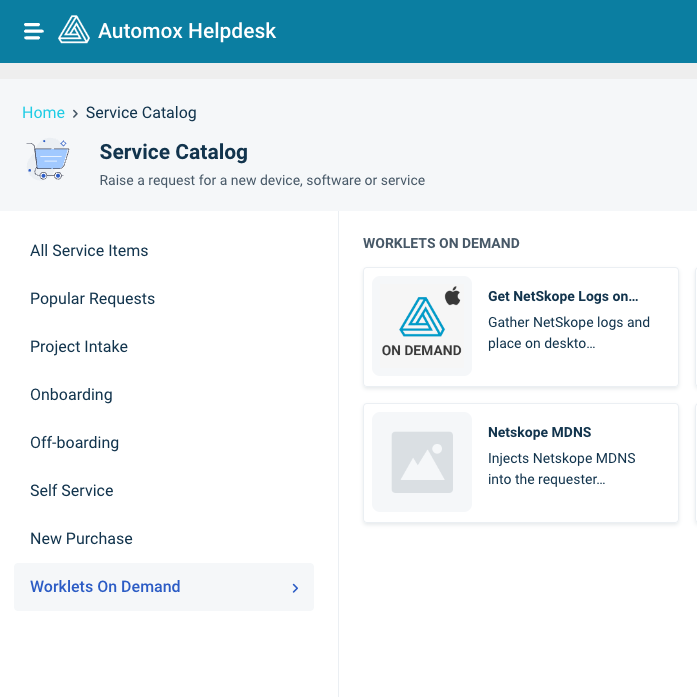 Our “Get Netskope Logs on Desktop” service request triggers a workflow that performs the following steps.

This Worklet (Made by the incredibly talented Dave Gamez) is built to collect commonly needed logs for Netskope support troubleshooting.

Configure a Post request at the below target URL

(Replace everything in {{ }} with your values)

Include the below JSON object in the body of your request, inserting your targeted device’s Server ID

That’s it! With these commands, you’ll be able to execute a full library of Worklets on targeted devices within your environment!

Before you built Worklets On Demand, how much time did it take to do the same task(s)?

Users facing issues with a firewall & proxy tool, are required to submit logs to a vendor support team.

The gathering of network logs is complex for an average user and involves escalated privileges in certain areas.

The user would have to ask IT Helpdesk agents to remote in and gather the logs for them. Waiting in queue, then coordinating time for a remote session, and juggling the back & forth between IT, User and Vendor is a time-consuming process.

Now that you have Worklets On Demand, how much time does the same task take?

With this solution, the end-user can submit a ticket selecting networking problems as the issue they’re experiencing. The ticketing system can identify the end-users device, then trigger a series of Worklets to perform troubleshooting steps and solutions. Worklets will execute as soon as the device within the intermittent connection checks into the console.

This provides the end user with the ability to solve issues they otherwise wouldn’t be technically capable of or have the right privileges to solve.

Is Worklets on Demand device-specific?

No. This solution functions for all devices running an Automox Agent and any ticketing, automation, or integration system.

Which type of IT or security role might especially benefit from using Worklets on Demand?

Every role within an Information Security (IT and Security) team can benefit from the development and automated execution of Worklets. Information Security teams can automate the collection of data when an incident occurs, drastically improving Incident Response times.

And finally… just for fun, if this solution were an animal, what would it be and why? What would its theme song be?

If this solution were an animal, it would be a dolphin.

It’s capable of performing incredible tasks under the direction and training of a skilled instructor. It’s approachable and gives everyone an opportunity to interact and do cool things with it.

The Worklets On Demand theme song would be “One Call Away” by Charlie Puth. 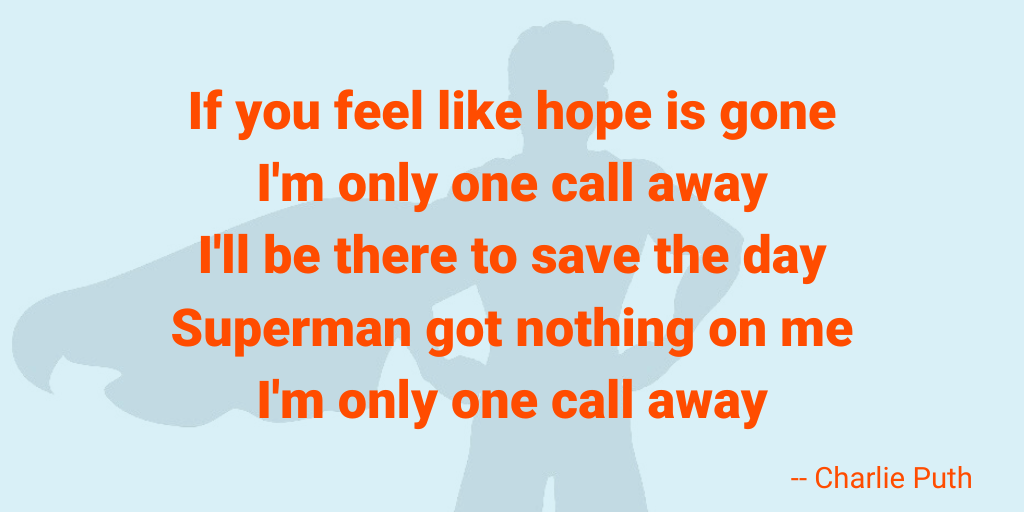 I mean, just read the lyrics; it’s an API endpoint that you can call, bringing the exact Worklet you need to save the day. This song might forever be ruined now because of this association, and I apologize.

Remember, anyone can create and offer up a Worklet in our online community. Though some Worklets are written by the Automox team, our customers also have great ideas that come to life in Worklet form, too.

To dive deeper into Worklets and discover what they can do for you, check out the Community Worklets catalog. Here you’ll see what new Worklets are available. You can also ask questions about how Worklets function or submit your own!

Until next month, be well and Worklet on.