Administrators with the IPSec protocols active in their environments, a suite commonly used in VPN products, should prioritize patching critical remote code execution vulnerabilities in Windows TCP/IP and Internet Key Exchange Protocol (IKE) within 72 hours, as they can be exploited over the network with simple packages.

Threat actors are also leveraging existing system access to actively exploit a vulnerability in the Windows Common Log File System Driver that allows an elevation of privilege to SYSTEM on most builds of Windows 7-11 and Server 2008-2022.

There’s also an important privilege elevation vulnerability in the Windows Kernel that threat actors are likely to target on Windows 10 and 11 machines as well as Server 2016-2022. 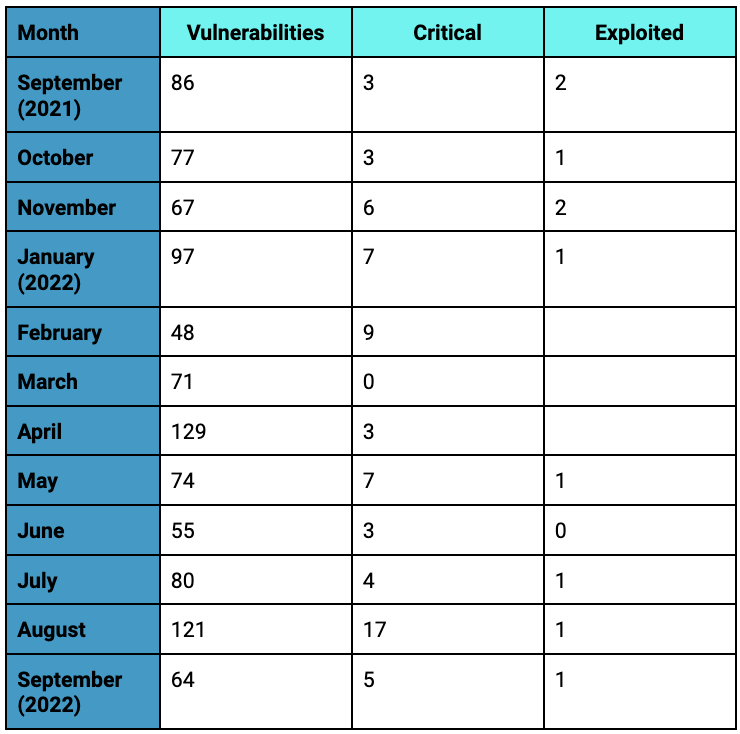 Threat actors are actively exploiting CVE-2022-37969 to elevate to SYSTEM privileges on most builds of Windows 7-11 and Server 2008-2022 machines. To exploit, the attacker must already have access to your system and the ability to run code on it. Although this vulnerability scores a CVSSv3.1 7.8/10, lower compared to other vulnerabilities patched today, we recommend patching as soon as possible since the vulnerability is being actively exploited. – Peter Pflaster

CVE-2022-34718 is a critical CVSSv3.1 9.8/10 vulnerability in Windows TCP/IP affecting most versions of Windows operating systems where IPSec is enabled. Attackers can craft and send a simple IPv6 packet to a vulnerable system with IPSec enabled to execute code remotely on that machine.

Transmission Control Protocol/Internet Protocol (TCP/IP) is the core protocol used on the internet today for communication and is present on Windows OSes from 7 through 11 and Server operating systems from 2008 through 2022.

However, only unpatched systems that also have IPSec enabled are vulnerable. IPSec is a group of protocols used for encrypted communication between devices – most commonly used to set up VPNs. If you’re using a VPN, verify what protocols that VPN leverages, as IPSec could be enabled as a result.

We recommend patching all vulnerable devices within 72 hours, as attackers can exploit the vulnerability relatively easily over just a network connection with no other required privileges. We expect attackers to begin scanning for and exploiting this vulnerability. – Peter Pflaster

Both vulnerabilities are found in every major build of Windows from Windows 7 forward. IKE is a standard protocol used to set up secure and authenticated communications channels between two parties via a VPN. An attacker could send a specially crafted IP packet to a target machine that is running Windows and has IPSec enabled, which could enable a remote code execution exploitation.

Automox recommends patching these critical vulnerabilities within 72 hours to minimize your exposure. Sysadmins will have a busy few days covering the vast number of Microsoft OS versions impacted by this vulnerability. – Jay Goodman

The Windows Kernel Elevation of Privilege Vulnerability has made a presence again for the third time this year. As a local attack vector with low attack complexity, CVE-2022-37957 is an elevation of privilege vulnerability that exists when the Windows kernel fails to properly handle objects in memory. This could potentially enable an attacker to gain system privileges. To exploit this vulnerability, an attacker would first have to log on to the system and then run a specially crafted application to take control of the system.

Given the higher likelihood of exploitation and the fact that elevation of privilege vulnerabilities are often an important step in the cyber kill chain, we recommend prioritizing and patching immediately. – Gina Geisel