Hear what Automox Patch Tuesday experts have to say about this month’s Patch Tuesday releases. You can view a full list of the latest patches and updates from Microsoft and other third-party applications in our Patch Tuesday Index.

Let’s begin February’s Patch Tuesday review with a trivia question. What do King James I of England and Microsoft have in common?

The answer is simple. Legend has it that the good King way back in the year 1616 originated the phrase "No News is Good News," more or less. And that phrase is a perfect summary for February Patch Tuesday news from Microsoft.

There were, however, 48 total vulnerabilities, all of which are rated "high," and one was publicly disclosed. That means that ITOps and SecOps teams will have some remediation work this month, with less urgency.

Microsoft's 48 vulnerabilities is a 50% drop from January's total, and a 36% reduction of the 12 month rolling average. 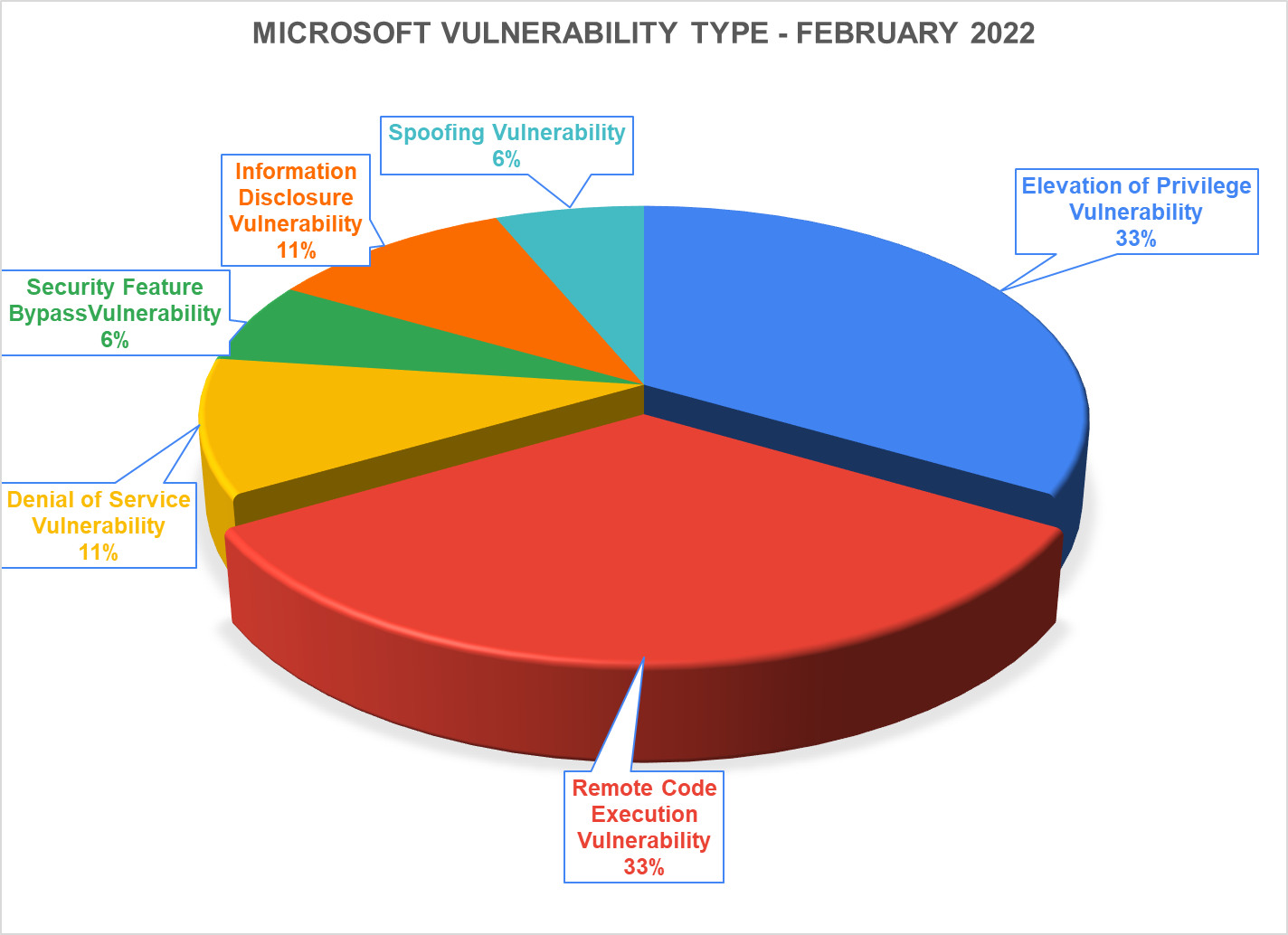 Please pay attention to the Samba vulnerability outlined below. This one has a CVSS score of 9.9, and requires immediate attention.

And remember, Automox recommends that all critical and exploited vulnerabilities are patched within a 72 hour window, in particular those highlighted this month.

CVE-2022-21989 is an elevation of privilege vulnerability that exists when the Windows kernel fails to properly handle objects in memory. This could potentially enable an attacker to install programs; view, change, or delete data; or create accounts with full user rights. To exploit this vulnerability, an attacker would first have to log on to the system and then run a specially crafted application to take control of the system. In this case, a successful attack could be performed from a low privilege AppContainer. The attacker could elevate their privileges and execute code or access resources at a higher integrity level than that of the AppContainer execution environment. Given the higher likelihood of exploitation and the fact that elevation of privilege vulnerabilities are often an important step in the cyber kill chain, we recommend prioritizing and patching immediately.

On January 26, Apple released a number of updates that address security issues and provide additional functionality. iOS 15.3 and iPadOS 15.3, macOS Monterey 12.2, macOS Big Sur 11.6.3, Security Update 2022-001 for macOS Catalina, tvOS 15.3, Safari 15.3, and watchOS 8.4 are now available. While the list of potential implications may impact a broad spectrum of capabilities, Apple does not typically discuss or confirm security issues until an investigation has occurred. As a result, Automox recommends prioritizing the update of all Apple mobile devices to the latest OS. - Eric Feldman

Adobe released several updates for Premiere Rush, Illustrator, Photoshop, After Effects, and Create Cloud Desktop. All of the affected applications this month are rated Priority 3 by Adobe, indicating that the vulnerable applications have not historically been a target for attackers, and administrators should update at their discretion. Photoshop, After Effects, Illustrator, and Creative Cloud Desktop all had critical vulnerabilities that may allow arbitrary code execution in the current user context if exploited on Windows and macOS systems.

If your organization utilizes Photoshop, After Effects, Illustrator, or Creative Cloud Desktop on Windows or macOS systems, we recommend patching after higher priority application patches are applied. - Peter Pflaster

Automox is cloud-native IT operations for the modern distributed workforce. It makes it easy to keep every endpoint up to date automatically across Windows, macOS and Linux – anywhere in the world. With the push of a button, IT admins can fix critical vulnerabilities, power workforce productivity, and win back hours in their day.